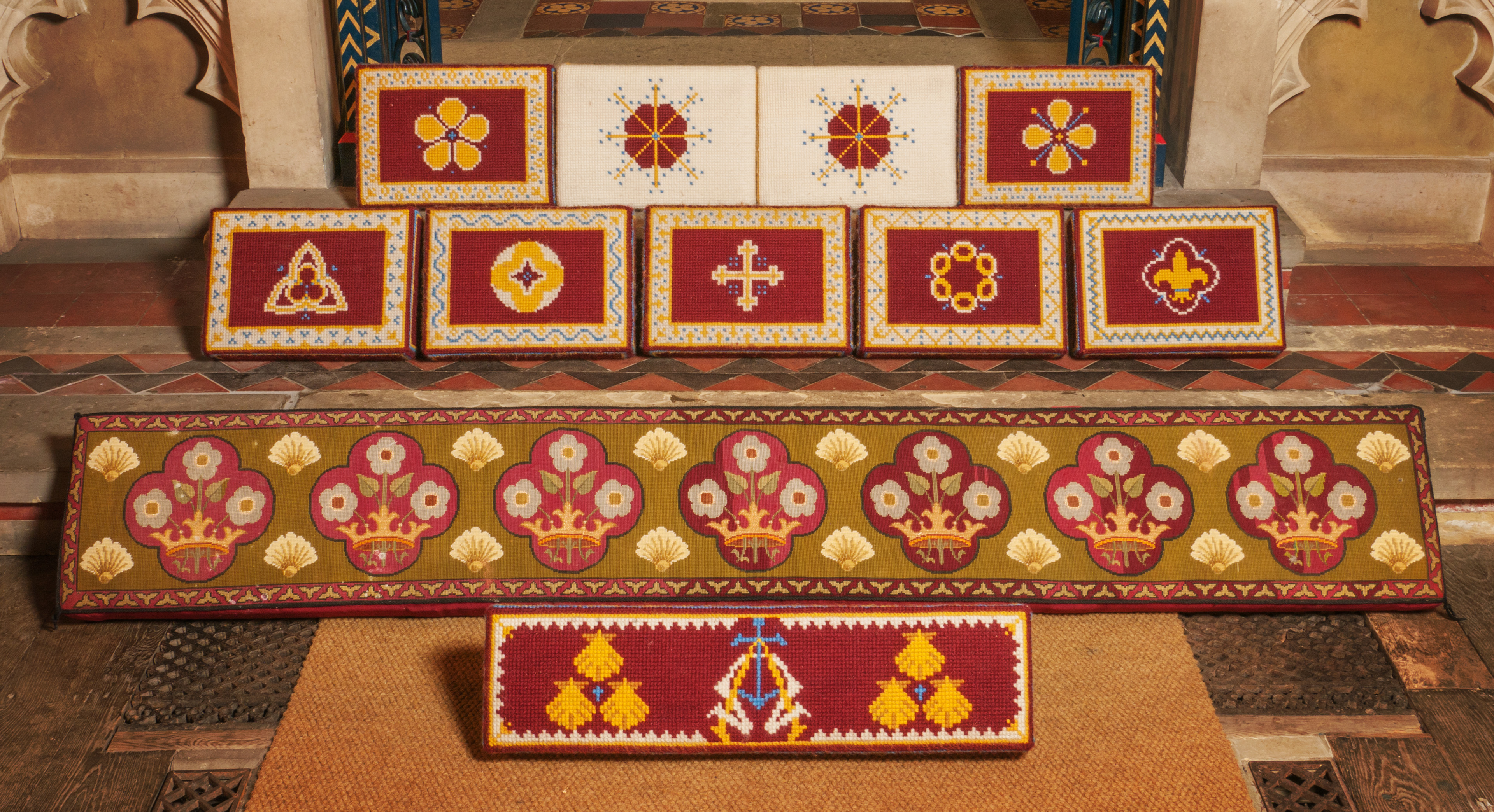 The original embroidered frontals were produced under the direction of Viscount Downe’s family. These were remounted and appliquéd onto new material for the centenary of the church in 1957 by Mrs Newsham, wife of the then vicar and the ladies of the parish . Lord Downe gave a length of brocade and fringe which had been part of the hangings at the Coronation of Queen Elizabeth II. This was made into a frontal and falls for the pulpit and lectern.

To celebrate the millennium, the 2000th anniversary of the birth of Christ, the church was furnished with new kneelers made and embroidered by a team of forty parishioners. The designs created by Katherine Campkin were based on the Butterfield decorative motifs in the church. The ninety five kneelers with a total of 694,616 cross-stitches were blessed during the Carol Service on December 19th 2000 AD.

Inspired by the Millennium kneeler project a new altar rail kneeler was produced involving half a million stitches. There are five sections to the kneeler created by a dedicated a team of embroiderers namely Lily Brook, Susan Brown, Rosemary Carter , Kathleen Jones and Katharine Campkin who designed the whole.

The quatrefoil motifs are complemented by the latticework panels, the whole being interlinked by the cream and gold ribbon and Fleur- de- Lys. The Fleur-de- Lys motif represents The Trinity, and can be seen in various parts of the church.

The design is full of symbolism, in the colours used and the shapes of the motifs and in the ten different centres to the quatrefoils. For example “The poppy is associated with the passion of Christ, and used in November each year as remembrance and behind the flower is a decorative Greek Cross.