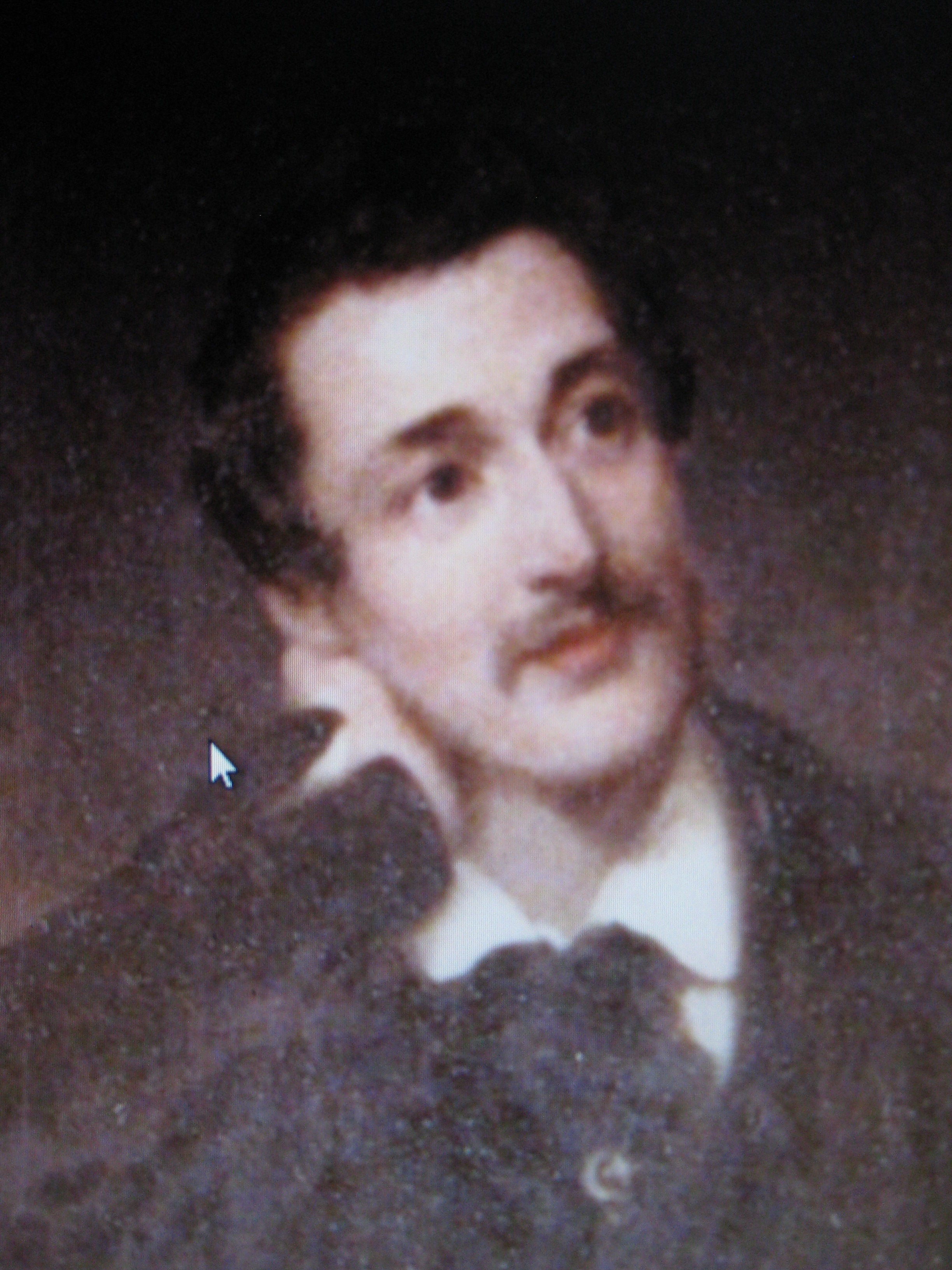 BALDERSBY AND THE DAWNAY FAMILY.

The Dawnay family originally came from Aunay in Normandy, France. They  first came to prominence when  John Dawnay  of Womersly, Yorkshire, became MP for Pontefract in 1661 in the Cavalier Parliament and was knighted by King Charles II. Some years later in 1681 he was  further rewarded by being raised to the Peerage of Ireland as  Viscount Downe. With his new found wealth and status John bought the Danby Estate including the 14th century Danby Castle near Whitby. Over the years  the Dawnay family acquired Cowick Hall, Benningborough Hall, Wykeham Abbey,  Baldersby Park and land in Rutland . It was at Baldersby Park that William Henry Dawnay , 7th Viscount Downe lived with his wife Mary.

William Henry Dawnay  was born in 1812 and was the son of Reverend William Dawnay, 6th Viscount Downe, Rector of Sessay and Thormanby and Lydia Heathcote. William was educated at Eton  and Christ Church, Oxford where he gained an MA in 1837.

Whilst at Christ Church he became involved with the Oxford Movement and through that movement he met the prominent Victorian architect  William Butterfield  who was later to become a considerable influence  and lifelong friend .

After University in 1841 William became  MP (Conservative) for Rutland and in the course of his duties encountered Mary Bagot a beautiful young lady aged just 18. Mary Isabel Bagot was the daughter of the Right Reverend the Honourable Richard Bagot , Bishop of Bath and Wells and Lady Harriet Villiers. She was born in Blithfield, Staffordshire on 25  April 1825. After a brief courtship they became engaged.When he asked the Bishop of Bath and Wells for his daughters hand in marriage the Bishop , aware of William Dawnay’s great wealth, replied that he could have it provided that he agreed to build seven churches. William said that he would do so. William and Mary married on 25 July 1843.

On the death of his father in 1846, William relinquished his duties as an MP  and  became the 7th Viscount Downe and Mary Isabel his Viscountess and returned to Yorkshire. They soon started a family and concurrent with that, William mindful of the gentlemans agreement with his father –in- law, began to think about building and restoring  churches and to assist him he enlisted his friend from university days William Butterfield to help him.

He began with restoring churches at Sessay, at  Wykeham near Scarborough and at Ashwell in Rutland. This work culminated in the building of the Church of St James and the associated village of Baldersby St James complete with a school and a vicarage.

Alas, William Dawnay never saw his church finished. He died  on January 26th 1857 aged 44 in Torquay, at that time a favoured winter resort for the wealthy upper classes and attracted visitors in ill health on account of its fresh air and mild climate.

The family having moved his body to Yorkshire arranged for it to be  interred at St Columba’s Topcliffe but transferred it to St James once the graveyard had been consecrated. He  left a widow of thirty two ,two daughters and eight sons. His eldest son Hugh born in 1844 succeeded to the title but still being in his minority much of the family power rested with the Viscountess.

Mary Isabel Dawnay. “She was still a beautiful woman with delicate features”

Mary continued to live at Baldersby Park , the family home, where surrounded by her herd of fallow deer, she brought up her large family. She was not a lady short of confidence and as the Dowager Viscountess she exercised her influence in various aspects of the estate particularly with regard to ecclesiastical matters, the Church of St James and adjacent school being the focal point.

In 1863 Edward Malleson became the incumbent assisted by a priest, Revd Ernald Lane who was also tutor to Lewis Dawnay  Mary’s second son at Baldersby Park. At that time the newly established School at Baldersby St James, which was owned by Viscountess Downe , had sixty pupils, both boys and girls,who walked daily to school from Baldersby and Rainton. There was also a Sunday School and an infants school in each of the villages  endowed by the Viscoutess. On Sundays congregations numbered between 150 and 200. Mary Isabel and her family sat in the family pews  to the right of the pulpit. She probably complained to the Reverend Malleson that not enough people came to church and was told that the distance from the villages to the church, some one and a half miles, made it difficult for the elderly to attend church. A second reason was that there was a Wesleyan Chapel in Rainton  which was built before the church of St James and thus there were many “Dissenters.” in the village.

Reverend Baring – Gould, a colleague of Edward Malleson and perpetual curate of Dalton, where he was responsible for the Dalton Chapel ,built in 1839, and an acquaintance of the Viscountess writes in his memoirs of his encounters with her  in the late 1860’s as follows:

“Viscountess Downe lived at Baldersby Park, beyond Topcliffe. After the death of Lord Downe, she married her cousin, a Mr Lane. She was still beautiful woman,with delicate features, full bright eyes,and grey hair. My predecessor she had liked greatly as he consulted her on everything about the parish.

In Baldersby Church a clock was erected in the spandrel of the arches opposite the pulpit and the Dawnay pew. So soon as the vicar mounted the pulpit, every Dawnay eye was directed upon the dial. The preacher was only allowed so many minutes for his allocution. Should he transgress the allotted term there came to the Vicarage in the ensuing week no presents of game, salmon, grapes or apricots, etc. Lady Downe set the hymns on Saturday for the ensuing Sunday, but I do not think she appointed to the preacher his texts. She desired to be consulted not only upon everything that went on in Baldersby , but also in Dalton and my predecessor had studiously humoured this hobby of hers . She was, notwithstanding this dictatorship, a most kindly, generous and religiously minded lady and no sick person in any of the parishes over which she reigned lacked any comfort and alleviation that could be afforded to them. She was indeed the Lady Bountiful , and liked to be so esteemed.

I found at Dalton much unreality. A man would come diligently to church in the hopes thereby of having a pigsty built for him ,and my predecessor rather lent himself to favouritism. I saw the ill effects, and rigidly abstained from any interference with the tenantry and her ladyship.

I do not think Lady Downe cared for me. I was won’t on invitation to dine and sleep at Baldersby Park,and we got on fairly well, but she was not sorry to lose me. Malleson the rector of Baldersby, told me it was not possible to remain there in such proximity to the Park and retain his self respect. He was heartily glad to leave.”

Mary married Sidney Leveson Lane Esq on 6 January 1863 at Easingwold. Born in 1831,he was the son of John Newton Lane and the Hon Agnes Bagot and was a cousin. He was also the elder brother of the Revd Ernald Lane former  tutor to Lewis Dawnay. He was educated at Christ Church ,Oxford where he gained a BA and in 1853 was called to the Bar. He was a JP and appointed Deputy Lieutenant for Yorkshire ,North Riding. On 15 November 1863 Mary gave birth to her eleventh child, a son, Sidney Ernald Ralph Lane to be followed by a daughter Mary Beatrice Sidney Lane in 1866.

Shortly afterwards Mary persuaded her good friend William Butterfield to design and oversee the building of a new church to replace the Dalton Chapel in memory of her first husband, thus St John’s Church, Dalton was built in 1868 at a fixed sum of £2,500.

By this time Hugh, the 8th Viscount Downe had achieved his majority and Mary and Sidney decided to move away from Yorkshire and bought  The Manor House at Great Addington in Northamptonshire and a house in London, 8 , Belgrave Square, which remained their main residences  for the rest of their lives.

Their three graves can be found screened behind a low hedge at the eastern end of the Church of St James.

References:  The Memoirs of Rev Baring-Gould.