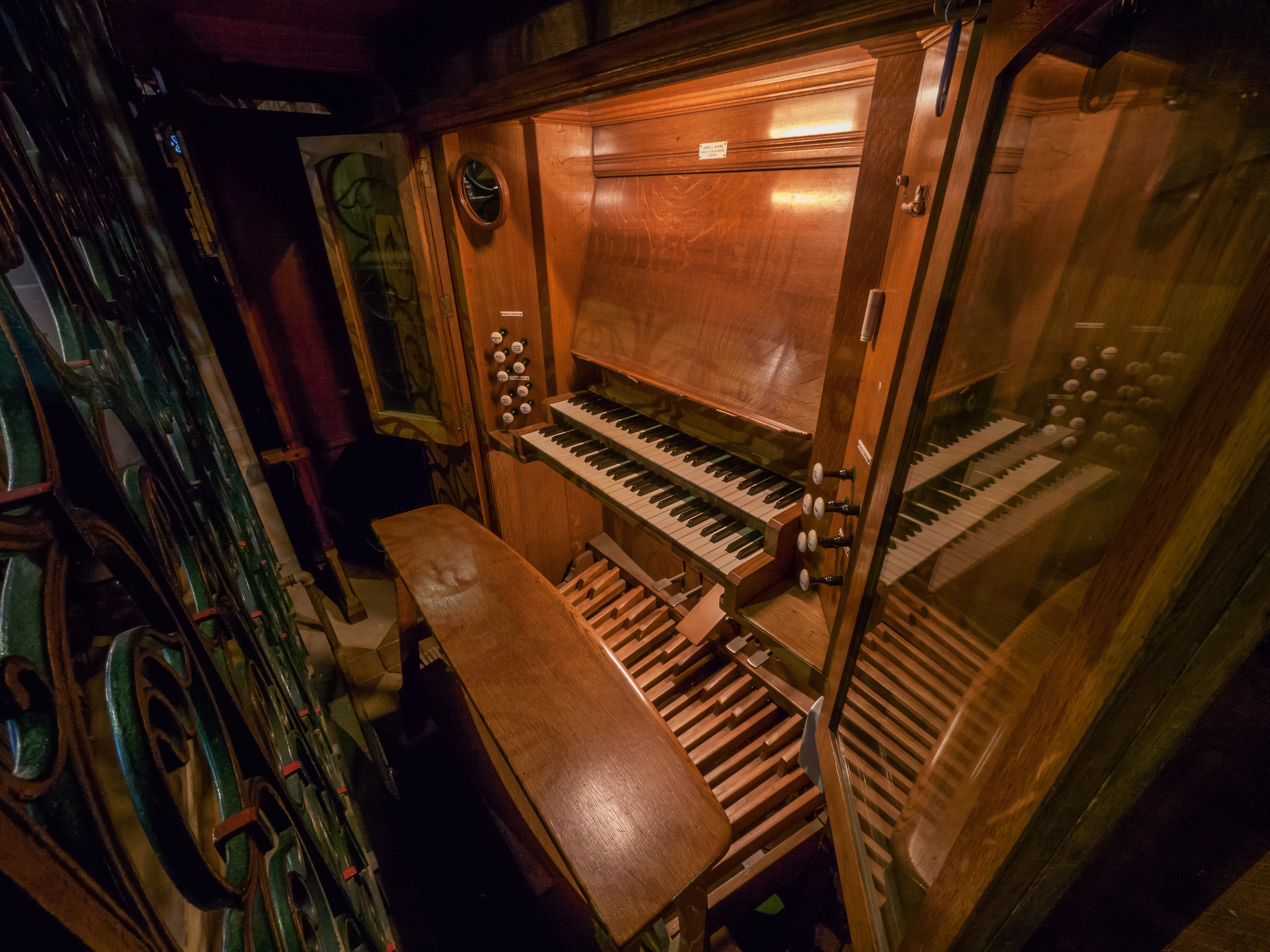 The Ripon and Richmond Chronicle dated 3rd October 1857 reports that “a handsome iron screen separates the organ room from the chancel. The present organ is only a temporary one – a very superior instrument being in the hands of the builder , Mr Holditch of London for this church.”
As reported in the Ripon and Richmond Chronicle a Holditch Organ was installed at St James but for unknown reasons it was replaced by the current organ built by JJ Binns in the 1880’s and to this day it gives good service.
The builder, James Jepson Binns (1855 – 1928) was one of the most successful and prolific of the numerous Yorkshire organ builders working at the turn of the 20th century. The firm of J J Binns produced its most distinguished work between the 1890’s and the first world war. Binns was initially appointed to the Leeds firm of Radcliffe and Segar and from 1873- 1880 he worked for Abbott and Smith latterly as head voicer. He established the Bramley Organ Works in 1880, which is where the organ of St James was built.

There is a conservative continuity of style throughout the mainstream of the firm’s production , which draws heavily on the German influence which attracted so many northern organ builders in the latter half of the nineteenth century. Binns was acclaimed for his fine work but his instruments never had the cachet of those by more prominent firms and his small church organs, of which that of St James is one , built to a standard stop list have been criticised on the grounds of dullness. That said, the Binns Organ in the Albert Hall in Nottingham, one of the largest the firm ever produced, is well appointed , versatile and almost entirely unaltered, and enjoys a distinguished reputation.

The replacement of the Holditch Organ with the one built by Binns would have taken sometime and it is possible that the Pump Organ situated adjacent to the kitchen was used on a temporary basis until the Binns organ was fully installed.

This Pump Organ was built by the Farrand and Votey Organ Company which was located on 12th Street and Grand Trunk Railway, Detroit, Michigan ,USA. The company started as the Detroit Organ Company in 1881. It was a worker owned enterprise which proved unsuccessful and was bought out by the Detroit music dealer C J Whitney and organ builder Edwin S Votey and they incorporated as the Witney Organ Company In 1883 Mr W R Farrand joined the company as financial manager and in 1887 with the retirement of Mr Whitney the name changed to Farrand and Votey.

The company specialised in building pipe organs and Votey did pioneering work on piano players developing the famous “Pianola”.
Taken over by the Chicago based Bush and Lane Piano Company they went out of business in 1931 due to the Great Depression.
The St James Pump Organ built around 1890 creaks a bit but can still be played!