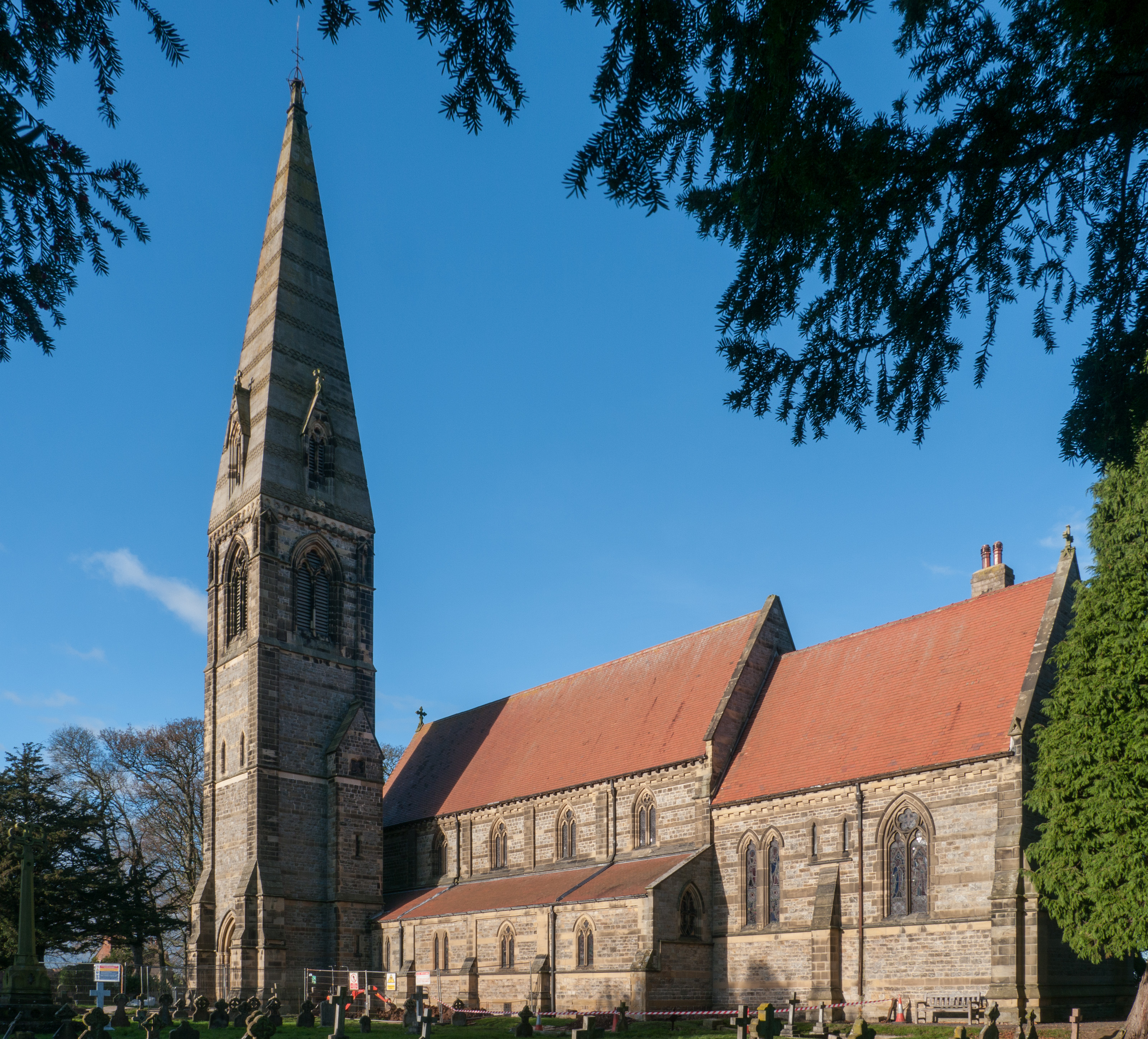 William Butterfield was born in London on 7th September 1814.

His parents were strict non-conformists and ran a chemist shop in the Strand. He was one of nine children and was educated at a local school. At the age of 16 he was apprenticed to a builder in Pimlico, Thomas Arber, but he went bankrupt before William’s apprenticeship had run its course and after only two years his indentures were cancelled. It was at this point that William Butterfield decided for himself that he wanted to train as an architect – a profession rather than a trade. For the next four years he studied architecture under E. L. Blackburne. From 1838 to 1839, he was an assistant to Harvey Eginton, an architect in Worcester, where he became articled. He established his own architectural practice at Lincoln’s Inn Fields in 1840 .

From 1842 Butterfield was involved with the Cambridge Camden Society, later the Ecclesiological Society. He contributed designs to the Society’s journal, The Ecclesiologist. His involvement influenced his architectural style. He also drew religious inspiration from the Oxford Movement and as such was very high church despite his non-conformist upbringing. He was a Gothic revival architect, and as such reinterpreted the original Gothic style in Victorian terms.

His major breakthrough occurred in 1849 when Alexander Beresford – Hope commissioned Butterfield to design All Saints Church, Margaret Street, London which is acknowledged as Butterfield’s masterpiece and the blueprint for Victorian Gothic Churches of which the Church of St James, Baldersby St James is one.

The next quarter of a century was the busiest of Buttterfield’s life. He worked on an amazing range and number of buildings – workhouses, chapels , schools, estate houses as well as on churches. His work includes Rugby School, Keble College Oxford and St Paul’s Cathedral Melbourne,Australia.

He was a master of his materials and delighted in using brick, at the time that most modern of mass-produced materials, showing that it could be used artistically. He had a penchant for polychromatic brickwork claiming “that he had a mission to give dignity to a brick”. Butterfield had a great feeling for wood and was a skilled metal worker. He designed stained glass windows and wall paintings of glowing colours, tiled floors of intricate patterns, exquisite sacred vessels and candlesticks, crosses and altar frontals so that all was in harmony within his churches. Being a very practical man he paid equally close attention to the design of light fittings and heating arrangements.
William Butterfield lived a long and professionally fulfilling life but was a very reserved man with few close friends. Colleagues and patrons described him as mild mannered and unfailingly courteous but in his surviving correspondence there is evidence of volcanic bursts of anger usually directed at incompetent builders, irregularities in church practices, and of the steadily declining moral standards which he saw around him.

He was an egalitarian and believed there should be no social distinctions within the Church and campaigned to get rid of the system of rented pews then prevalent in the Church of England. He had very strong views on the role of women as educators, particularly religious educators, and believed that women should be modest, quiet and pious. For these reasons he approved of mixed congregations believing women to be a good influence on men.

He never married but had a warm relationship with his family and particularly with his beloved elder sister, Ann and was generous and caring towards his own nephews and nieces.

He lived most of his life in his chambers in the Adelphi, off the Strand, where he also had his office, and he was looked after there by an elderly couple. As an employer he demanded high standards of his draughtsman in both work and character. One remembered in later years that “they never had a lunch break as Mr Butterfield himself did not take one”.

Tall and spare in build, with grey hair and side whiskers and wearing steel rimmed spectacles he was usually to be seen wearing a long frock coat, white shirt, high collar and a black, loose bow tie together with a grey waistcoat and trousers. His black shoes were well polished.

There is only one known drawing of him probably because he disliked and shunned any form publicity.

In 1884, William Butterfield was awarded the Royal Institute of British Architects’ Gold Medal. He would not attend the Presentation Banquet but sent a representative to collect the medal which he was only persuaded to accept because it was in the Queen’s Gift.

William Butterfield died on February 23rd 1900 and was buried in the churchyard of All Saints, Tottenham, Haringey, North London, and where his beloved sister Ann, had been buried some nine years before. The grave can easily seen from the public path that runs through the cemetery. There is a blue plaque on his house in Bedford Square, London.